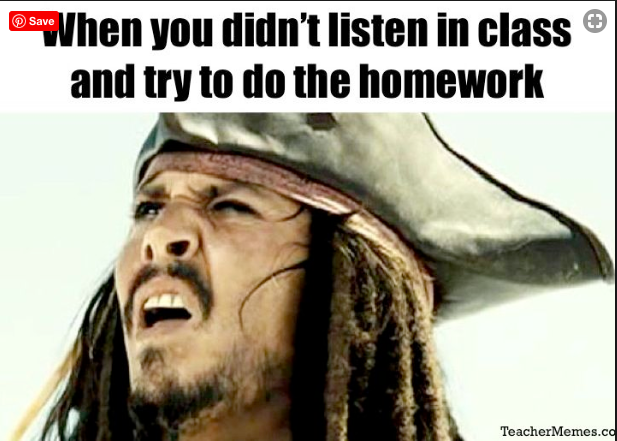 Housekeeping:  We will be covering thermochemistry and energetics this month.   It is your responsibility to keep up with your packet and bring it to class every day.  I will give you reading assignments and problems from the packet.

Potential energy of a substance depends on its composition: kind of atoms in the substance, number and type of chemical bonds connecting the atoms, and the atomic arrangement.  Energy is stored in the bonds holding the atoms together.

The first law of thermodynamics is the same as the law of conservation of energy: energy can be converted from one form to another (PE to KE; KE to PE), but it is neither created nor destroyed.

Heat is energy that flows from a warm object to a cool object. Warm objects lose energy and their temperature decreases.  Cool objects absorb energy and their temperature rises.  Temperature is the measure of  the average kinetic energy of molecules. They are not the same.  Temperature depends on the amount of heat transferred to or from an object, the mass of the object, and the specific heat of the object.
Chemical reactions are accompanied by energy changes.  Bonds are broken and formed in reactions, which correspond to an increase or decrease in energy,  Energy is the ability to do work or move an object against an opposing force. Examples of energy are light, electricity, sound, heat, and chemical energy are absorbed or released during chemical reactions.  At the bottom of this page are energy curves.  We will get to those in a little while.

In order to do thermodynamic work, you need to understand the concept of system & surroundings.  The system and surroundings must be defined in any example.  The system is the area of interest and the surroundings include everything else. Most systems are open and interface with the surroundings.  Some systems are closed and do not interface.  The total energy in a system and its surroundings do not change.
The amount of energy required to raise the temperature of one gram of water by one degree Celsius is defined as a calorie.  The exothermic reactions that generate heat and run your body that can be measured in Calories.  Do not confuse "calorie" with "Calorie."  Calories are nutritional calories, and 1000 calories = 1 Calorie.

​Specific Heat is the amount of heat required to raise the temperature of one gram of a substance by one degree Celsius.  Substances have unique specific heats.  Below is the equation for calculating specific heat.  Units for specific heat are J/(g * C).

​Professor Dave is on the case.

Practice problems:   Specific Heat 1        Specific Heat 2
​
​Mission 2: The Cup Is Hott!!!
Mission Objectives.  You should be able to...
1.  Describe how a calorimeter works.
​2.  Explain the concept of system and surroundings.
​3.  Define "thermochemistry."
​4.  Define and explain the concept of enthalpy.
5.  Calculate the specific heat of snack foods.
​
A calorimeter is an insulated device used for measuring heat absorbed or released during a chemical or physical process.  A known amount of water is placed inside the calorimeter to absorb the energy released from an immersed substance.  Data that's collected is the change in temperature of the water. When the substance and water have the same temperature, that is when the process stops and the specific heat of the substance can be determined.

You guys will be experimenting with calorimetry and specific heat in a few days.  Please start bringing in snacks such as peanuts, snack bars, Cheetos, chips, dried fruits, etc.  I also need 10 volunteers to bring in an empty uncrushed soft drink can.  You will determine the energy content of the snacks using a bootleg calorimeter.  You will also identify metal samples via their specific heat using a bomb calorimeter.
Thermochemistry is the study of heat changes that accompany chemical reactions and phase changes.  The burning of fuels always produces heat.  Some products are engineered to produce heat on demand, such as heat packs.  On page 525, you will see an equation for the production of heat in a heat packet. Notice where the energy lies.  Because heat is produced, the energy is on the product side.  On page 528, you will see an equation for the production of "cold" in a cold packet.  Notice where the energy is.  Because heat is absorbed, energy is on the reactant side. 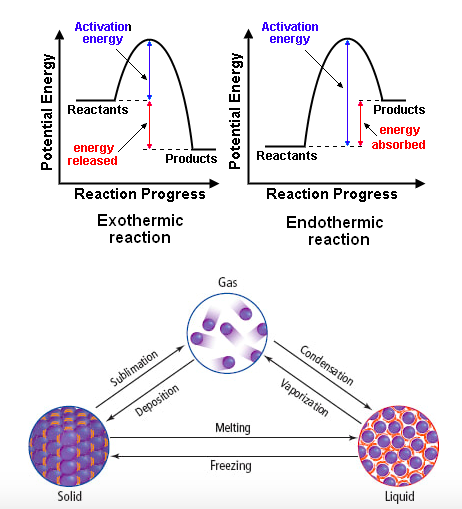