When the substances involved in oxidation and reduction half–reactions are physically separated, it is called an electrochemical cell. Each half reaction occurs on the surface of an electrically conductive solid called an electrode, and each electrode is immersed in a solution containing the ions needed for the half–reaction.

The electrodes are connected by a wire so that electrons can move from the oxidation half–reaction to the reduction half–reaction.  The solutions are connected by a salt bridge so that ions can move between solutions.  In an electrochemical cell, the chemical potential energy can be harnessed as the substances undergoing oxidation push electrons through the wire to the substances undergoing reduction.

​Image below courtesy of chemlibre. 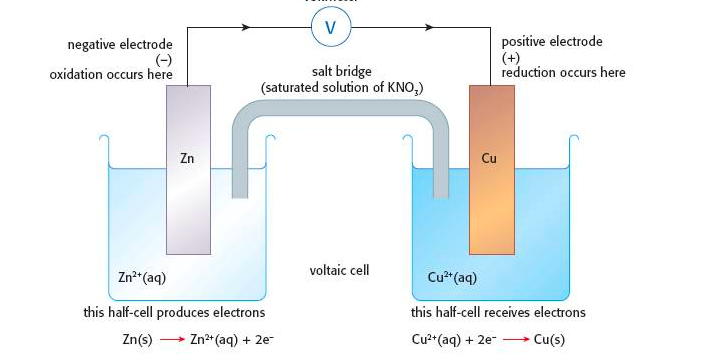 A characteristic of electrochemical cells is that the redox reaction may occur spontaneously (voltaic cell), or non-spontaneous reactions can be forced to occur (electrolytic cell & electroplating).  Electroplating is a process that coats a material with a layer of metal based on metallic activity.

Voltaic cells are typically used to produce electrical energy. Batteries are voltaic cells. Electrolytic cells use electricity to bring about a redox reaction that would normally be non-spontaneous. In other words, low-energy reactants become high-energy products. 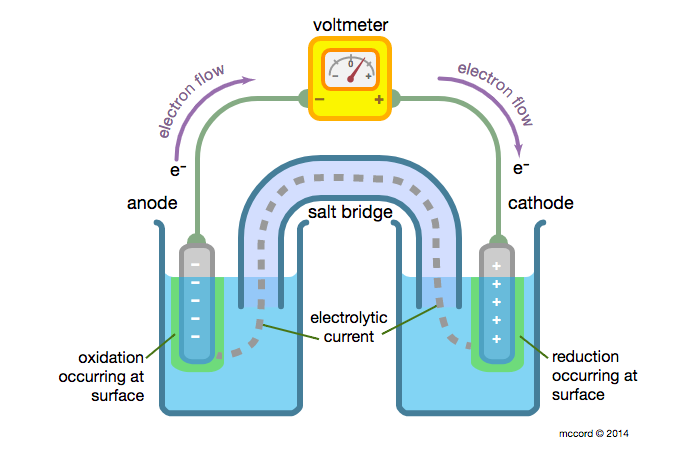 In a voltaic cell, the cathode is the positive electrode and the anode is the negative electrode.  Oxidation takes place at the anode and reduction takes place at the cathode. Electrons are driven spontaneously from the anode to the cathode.  Metal/metal ion electrodes consist of a bar of metal dipped into a solution containing cations of the same metal.  Typical examples include: Fe(s)|Fe2+(aq), Zn(s)|Zn2+(aq), and Cu(s)|Cu2+(aq). The vertical line represents the phase boundary.

Salt bridges are used to connect the half cells.  They serve three functions: (1) prevents mixing of the solutions but allows oxidation and reduction to occur, (2) provides a path for the migration of the cations and anions in the cell, and (3) reduces the liquid-junction potential. 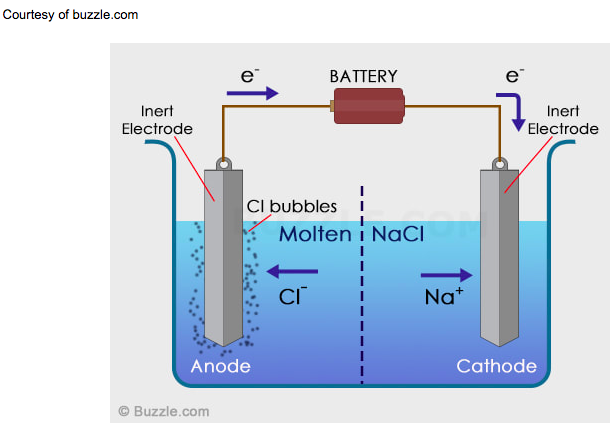 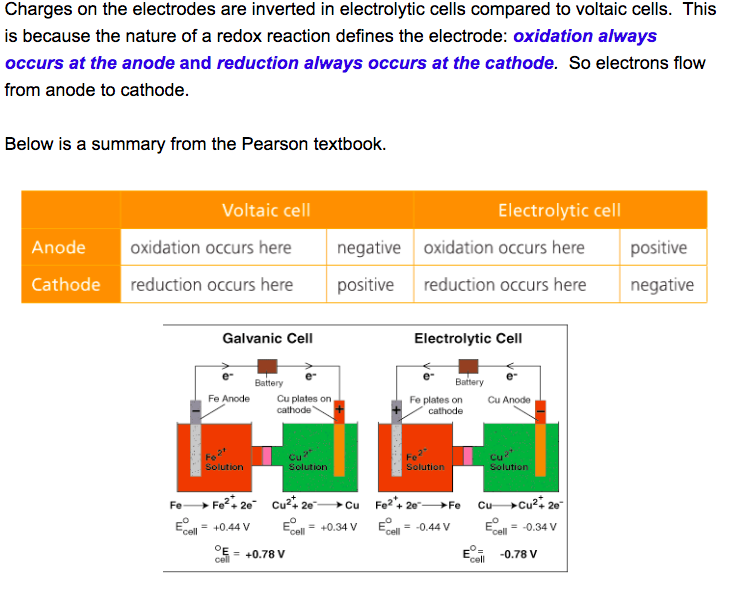 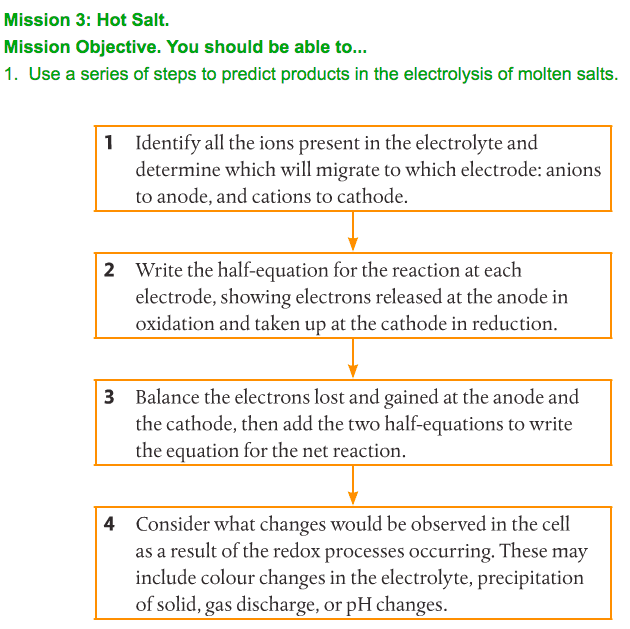 We will work two electrolysis practice problems in class: lead (II) bromide and sodium chloride.  Use the above flow chart to help you construct your answer.  Then you will complete the below problem. 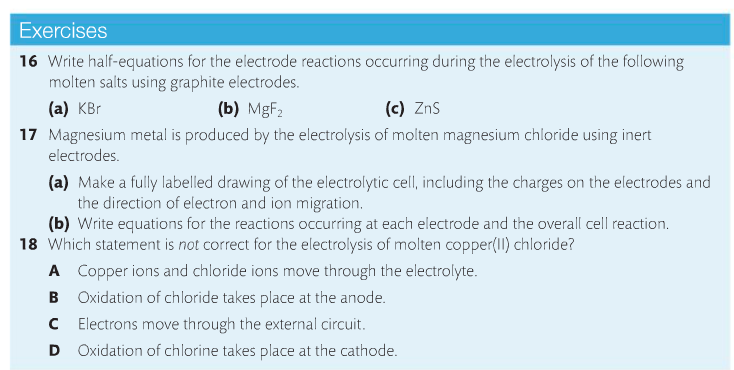