Essential Ideas:
2.4: Proteins have a wide range of functions in living organisms.
2.5:  Enzymes control the metabolism of the cell.
2.6:  The structure of DNA allows efficient storage of genetic information.

Mission 1: Proteins
Mission Objectives.  You should be able to...
1.  Explain how polypeptides are formed.
2.  Describe the different shapes proteins can form.
​3.  List five to six examples of different proteins and their functions.
4.  Sketch and annotate a peptide bond.
Amino acids are monomers just like monosaccharides.  They are building blocks for proteins just like monosaccharides are building blocks for carbohydrates.  An amino acid contains an amino group and a carboxyl group attached to a central carbon atom with a terminal hydrogen and a variable group denoted as “R.”  The R group is different for each amino acid, of which there are 20 naturally occurring.  As a result, there are endless variations of amino sequences.  Below are the structures of amino acids.  Notice that the only difference is the "R" group. 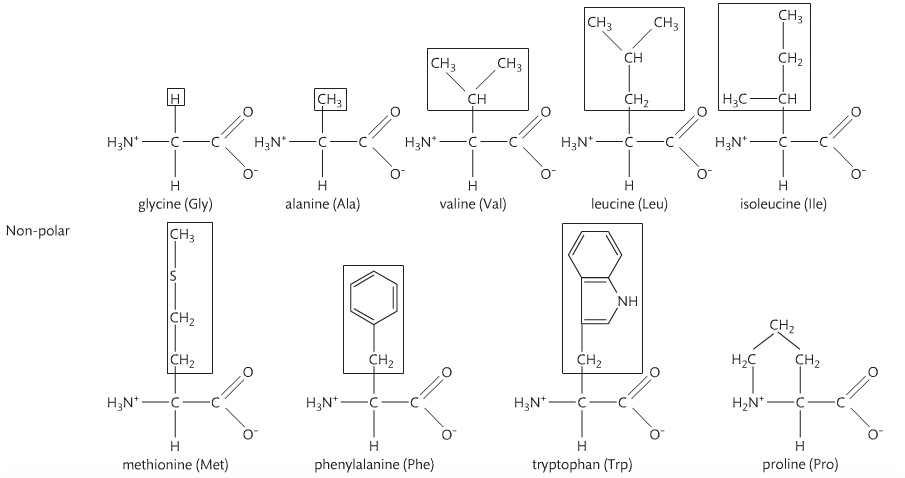 Proteins have a variety of functions. As a result, they have many different forms and structures.  Function follows form, which means the function of any particular protein is closely related to its structure.  Protein structures are 3D; they can be folded, elongated, and helical.  When proteins are folded, hydrogen bonds stabilize the molecule.  There are four levels of protein structure:  primary, secondary, tertiary, and quaternary.
Note:  Proteins are organic substances consisting of covalently bonded amino acids and they are ready to carry out their functions.  Polypeptides are single amino acid chains with their own primary structures.  If the polypeptide is able to carry out its function as is, then it is considered to be a protein.  In short, all proteins are polypeptides, but not all polypeptides are proteins.

Proteins can be denatured by heat and pH.  The bonds that hold the structure together are susceptible to alterations in temperature and pH.  When the proteins are placed into an environment that is higher than optimal levels, the increased vibration of the molecules breaks the fragile hydrogen bonds that hold the structure in place.  When the pH changes (with either too many H+ ions or OH- ions), the extra charges prevents normal H bonding, so the shape cannot form. 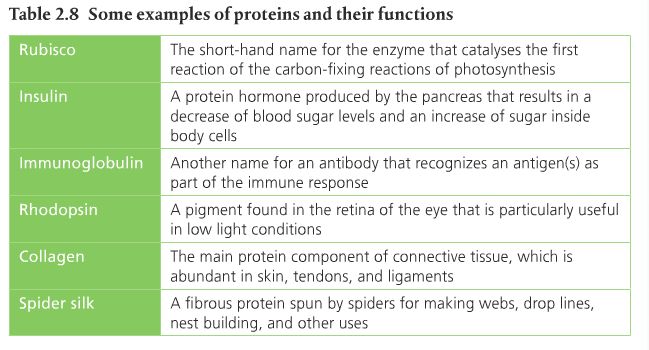 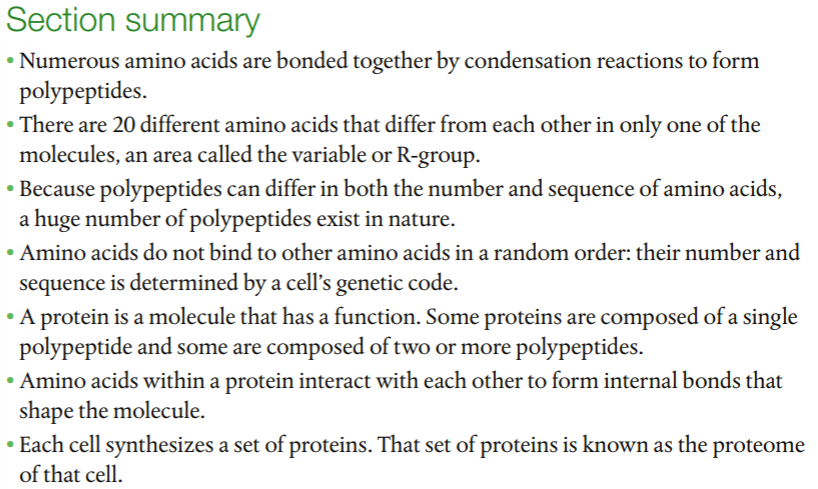 More advanced understanding of proteins from a chemistry perspective can be found here. 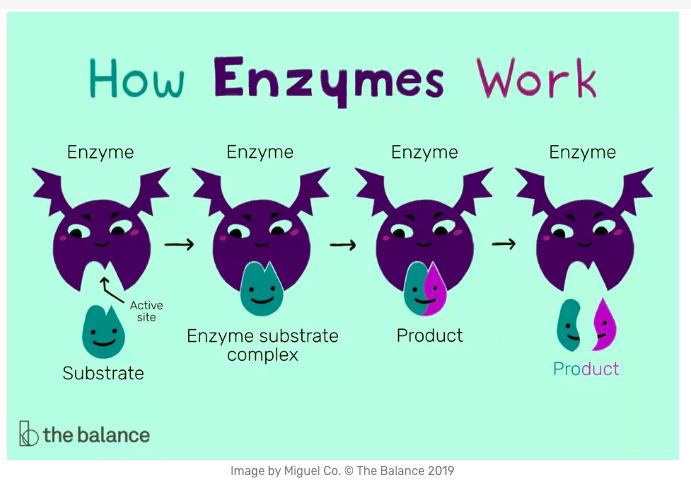 Temperature.  Increasing temperature increases the speed at which molecules move and thus collide.  This happens with or without enzymes.  However, there is an upper limit to which enzymes can affect reaction rates.  This is based on the temperature at which the enzyme denatures and loses its 3D shape.

pH.  Negative and positive areas of a substrate must match the opposite charge when the substrate hits the active site of the enzyme in order for the catalytic properties to work.  Solutions that are too acidic (that have more H+) cause the H ions to bond to the negative charge on the enzyme or substrate and prevent proper charge matching. Same thing happens with solutions that are too basic (more OH-).  Either situation causes the enzymes to be less efficient and possibly denature or be ineffective.  Most enzymes work best at a pH of near 7 (neutral) with the exception of stomach digestive enzymes.  The stomach is highly acidic.

Concentration of the substrate.  Increasing concentration increases reaction rates because of the number of collisions increase.  However, like temperature effects, there is an upper limit because when the enzymes are working at optimal levels, adding more substrate won't increase collisions.

Immobilized Enzymes.  Enzyme catalytic properties have industrial uses, but pure enzymes must be used.  This is an expensive process, and so the enzymes must be reused regularly.  The problem with this is that it is difficult to remove enzymes from liquid products.  The solution is to use a compound called calcium alginate, which traps enzymes in its pores to keep them from being washed out with all of the products.  Then the enzymes are extracted from the alginate and reused. 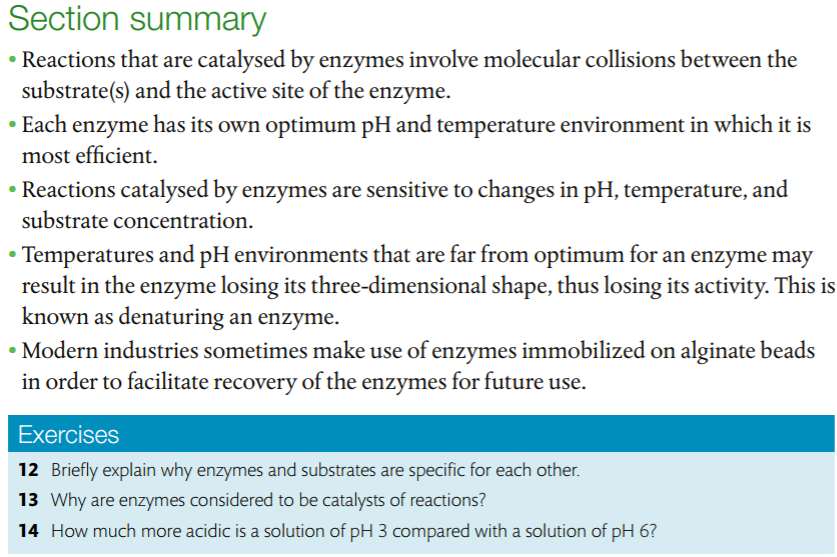 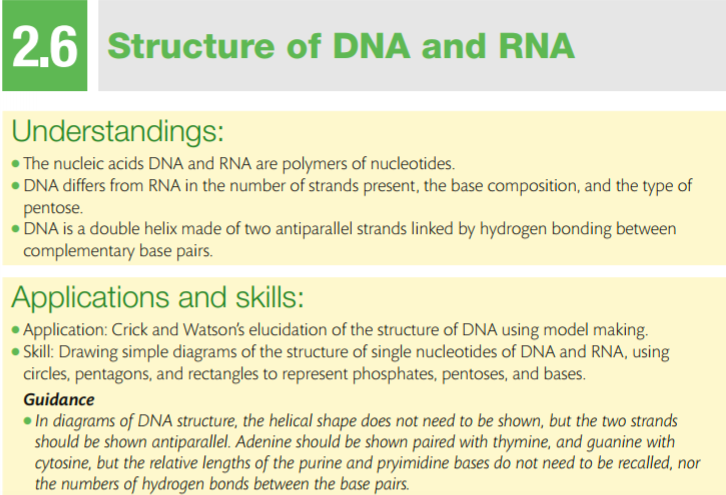 A nucleotide has three parts: a phosphate group, a nitrogenous base, and a 5-carbon sugar at its center.

The bonds holding a nucleotide together are covalent.  The phosphate groups are the same in both DNA and RNA, but the sugars are different (DNA has deoxyribose and RNA has ribose).  The nitrogenous bases are slightly different: uracil is found only in RNA and thymine is only in DNA.  The other bases (adenine, guanine, and cytosine) are found in both nucleic acids.  Condensation reactions allow the nucleotides to bond to one another and form a chain.

RNA is single-stranded and DNA is double-stranded.  DNA's double strands are held together by very weak hydrogen bonds.
The 5-carbon sugar has the same orientation in RNA, but in order for DNA to be a double helix, its strands must be anti-parallel.  Look at the molecule and you'll see the left strand has deoxyribose with the carbon atom at the top of the pentagon.  This is called the 5' (five prime).  On the right strand, the pentagon is upside down and now it is referred to as 3' (three prime). 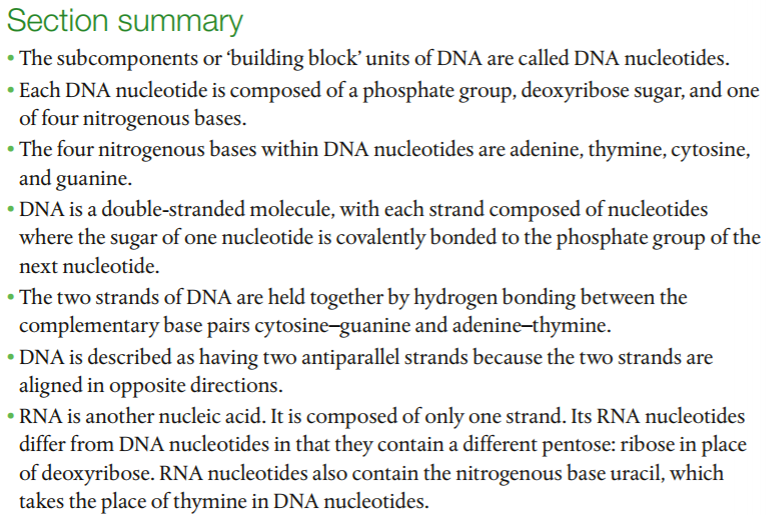