Essential Ideas:
2.1: Living organisms control their composition by a complex web of chemical reactions.
2.2: Water is the medium of life
2.3: Compounds of carbon, hydrogen and oxygen are used to supply and store energy. 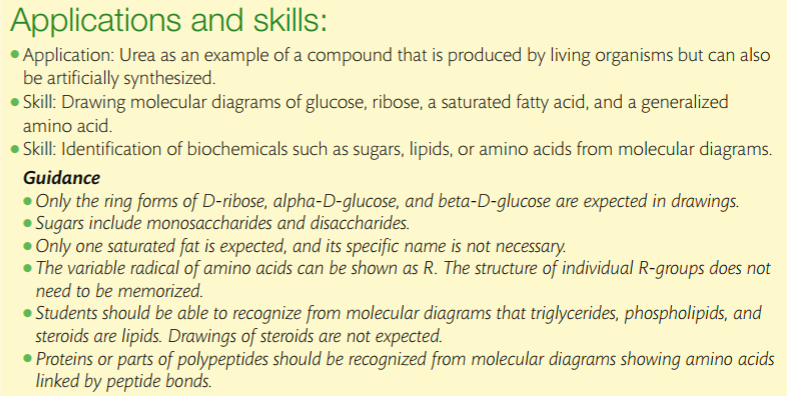 Mission 1: Molecules to Metabolism
Mission Objectives: You should be able to...
1.  Describe the significance of the carbon atom in terms of the structures that it can form.
​2.  Describe the significance of carbon in terms of life.
3.  Explain the process of metabolism.
4.  Compare and contrast anabolism and catabolism.
5.  Draw molecular diagrams of glucose, ribose, a general amino acid and a saturated fatty acid.
6.  Identify biochemicals such as sugars, lipids, and amino acids from diagrams.
Carbon atoms can form four covalent bonds, which allows a diversity of stable compounds to exist.  As a result, carbon-containing organic molecules can form chains, rings, and branched chains.
These different structures allow for the creation of macromolecules.  Macromolecules are, quite obviously, large molecules.  There are four kinds: carbohydrates, proteins, lipids, and nucleic acids.  Each macromolecule has its own building blocks.  Carbohydrates are composed of monosaccharides  (simple sugars), proteins are composed of amino acids, lipids are composed of glycerol, fatty acids, and phosphate groups, and nucleic acids are formed from nucleotides. 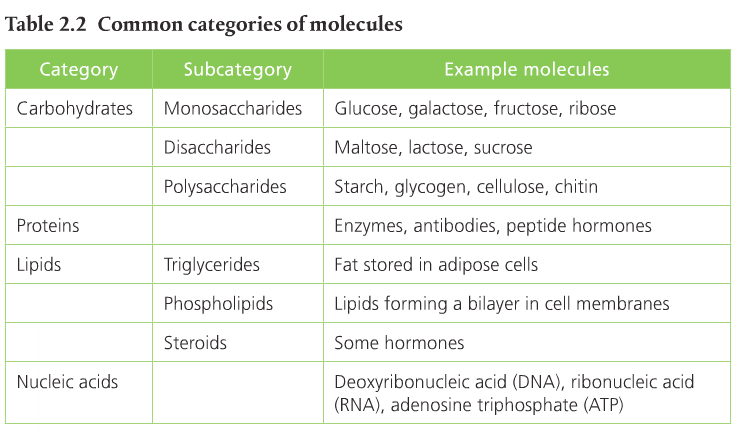 The ways in which macromolecules interact with each other in living organisms.  These interactions are collectively called metabolism.  Metabolism has two components: catabolism and anabolism. 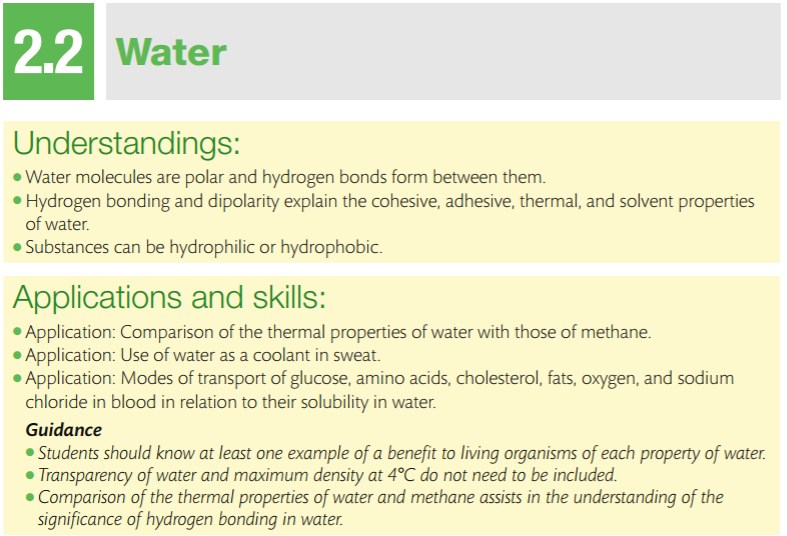 Mission 2: Water
Mission Objectives:  You should be able to...
1.  Sketch and describe a water molecule.
​2.  Explain what it means to be "polar."
3.  List and describe and explain the different properties of water.
4.  Be able to compare and contrast water and methane.
5.  Summarize the the modes of transport of glucose, amino acids, cholesterol, fats, oxygen and sodium chloride in blood in relation to their solubility in water.
Thermal Properties

Water has thermal properties.  It has a very high specific heat, which is the ability to absorb or give off a great deal of heat without changing its internal temperature.  Water also has a high heat of vaporization, which means it absorbs a great deal of heat when it evaporates.  We use this property as a cooling mechanism, when we sweat.

Water can dissolve a lot of substances due to its polarity.  The vast majority of molecules found in and out of cells are also polar molecules.  This means they can be dissolved in water.  Lipids, however, are non-polar and require special strategies to deal with their biochemistry and transport.  Aqueous solutions are substances dissolved in water.  Page 64 (Table 2.3) provides a list of some common aqueous solutions.

Because of these properties, water is an excellent transport medium.  Plants have vascular tissue that carries aqueous solutions from the roots to the leaves and vice versa.  In animals, blood is the main transport medium and is primarily made up of water.  The liquid portion of blood is called blood plasma, and it can contain glucose, amino acids, proteins and certain ions that can transport carbon dioxide.

Proteins can go both ways based on the location of the amino acid within the three-dimensional structure of the protein. 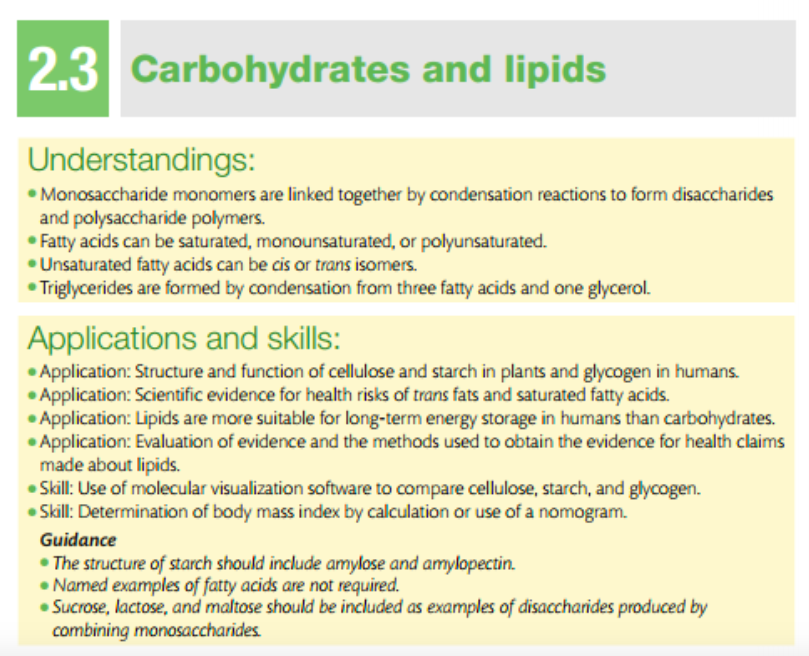 Mission 3: Carbohydrates & Lipids.
Mission Objectives: You should be able to...
1.  Explain how monomers become polymers.
2.  Differentiate between saturated, monounsaturated and polyunsaturated fatty acids.
3.  Explain the difference between cis- and trans-.
4.  Describe and explain the structure and function of cellulose and starch in plants and glycogen in humans.
5.  Explain why lipids are more suitable for long-term energy storage in humans than carbohydrates.
6.  Calculate BMI. 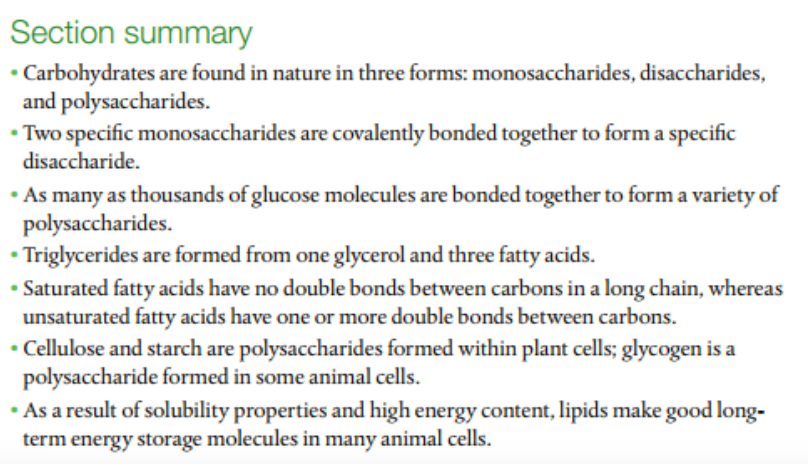