Student Missions:
Mission 1:  It's All Newton's Fault
Mission Objectives: You should be able to...
1.  Define "force" and differentiate between contact forces and long-range forces.
2.  Recognize the significance of Newton's 2nd and use it to solve motion problems.
3.  Explain the meanings of Newton's 1st and 3rd and provide examples.
4.  Draw and explain free-body diagrams.
​
A force is a push or pull on a stationary object. There are two types: contact and long-range.  Contact forces act on an object by touching it. Example: you touching your laptop.  A long-range force is exerted without contact.  Example: magnets and the force of gravity.
How to draw a free-body diagram.

How to calculate the net force using free-body diagrams. 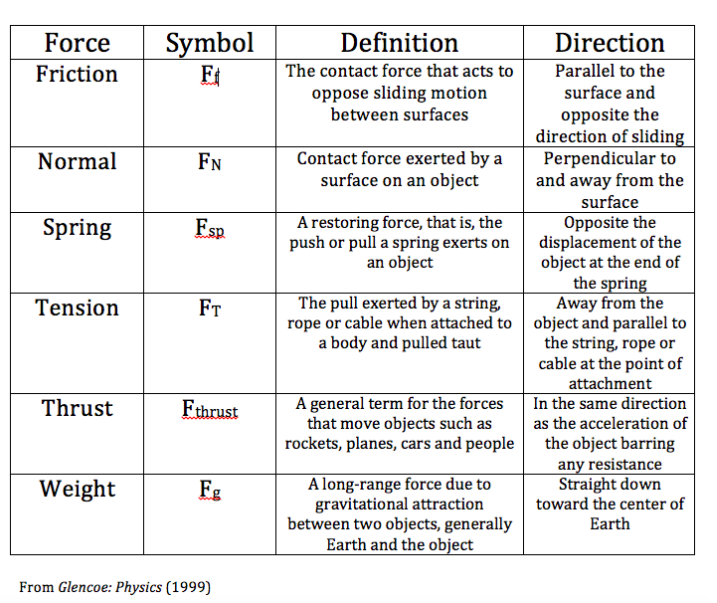 3rd.  An interaction pair is two forces that are in opposite directions and have equal magnitude.  All forces come in pairs, act on different objects and are equal in magnitude and opposite direction.  See the image below.  The action of stepping off the boat is equal to the reaction of the boat moving backwards. 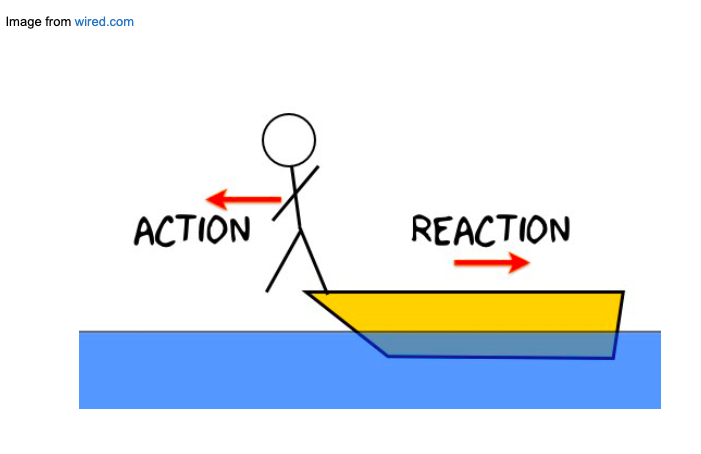