For those of you that prefer PowerPoints, here they are:
Ionic Compounds   Covalent Compounds  Chemical Names & Formulas
Textbook Readings: Chapter 7, 8 & 9, respectively.

Recall that the group number on the periodic table represents the number of valence electrons in that group.  Also recall that group 18, the noble gases, have stable octets. The objective for any element that is not a noble gas is to lose or gain electrons to have a noble gas configuration.  Stability is key.

This sweet little 10-second interactive shows what happens to the size of atoms when ions are formed.  Make note of which elements will get smaller and which will get bigger.

For more on ion formation, see what David Weightman has to say about it.  It's three minutes long.
Ionic compounds are formed when a cation bonds with an anion through the transfer of valence electrons.  Another way of saying this is that an ionic compound forms when a metal bonds with a nonmetal.

For example, the sodium atom will transfer its one valence electron to chlorine, an atom with seven valence electrons.  Sodium does not need it's valence electron, and chlorine craves to have one more valence electron, so the ionic bond is easily formed between them.  This pattern holds true for any G1 element bonding with a G17 element.  The pattern also works for G2 and G16 elements, and G13 and G15 elements.  I call these perfect pairings, because they result in 1:1 compounds.

Of course, nothing is perfect because any metal can bond with any nonmetal.  So there are compounds with ratios greater than 1:1.  It's not difficult because it's all about balancing charges.  Tyler DeWitt talks you through it.  It would be helpful to have your periodic table handy. 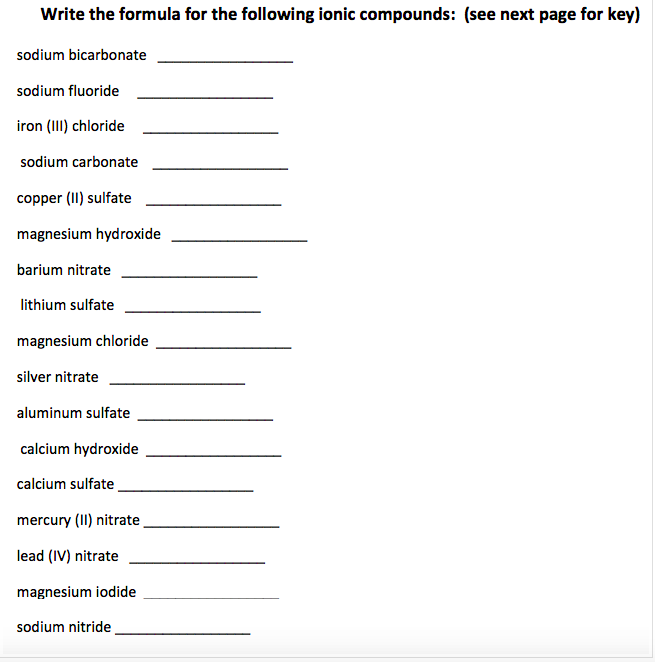 Practice with this interactive.

Mission 2: Sharing is Caring!
Mission Objectives. You should be able to...
1.  Determine when covalent bonds are formed and which elements form them.
2.  Predict the name of an ionic compound and a covalent compound.

Covalent bonds are the result of valence electrons being shared in order to achieve stable octets.  If you think back...way back...to the short lesson on Lewis Dot, you'll recall that certain elements contained a certain number of dots that represented their valence electrons. 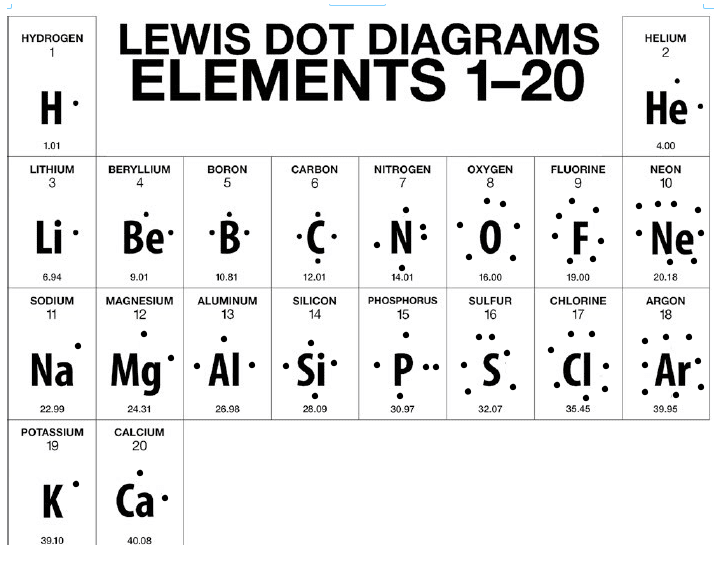 There are seven elements that are found in nature covalently bonded to each other. They are called diatomic elements.  A useful memory aid is HONI Bring Fried Clams.  So when you're writing these elements in chemical equations, you need to make sure you write them correctly.

Polyatomic ions are a group of atoms that are tightly bound that behaves as a unit and has either a positive or negative charge.  I gave you an ion reference chart, which contains a comprehensive list of polyatomic ions.  You need to print a copy and keep it with your periodic table.  Don't lose it.

​Get familiar with covalent bonding using this interactive.

​We will practice writing and naming ionic and covalent compounds. 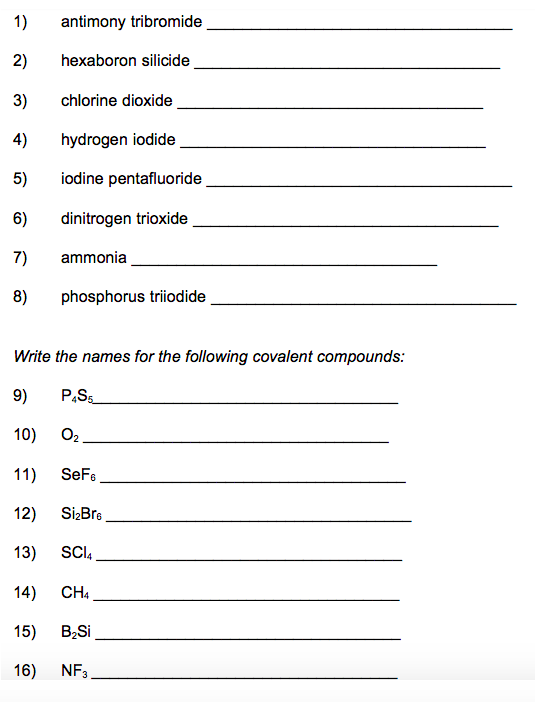 Dispersion forces (aka London forces):  These are weak forces of attraction that occur between opposite ends of two temporary dipoles, usually with nonpolar molecules.  A dipole occurs when the density of an electron cloud at any one moment be greater in one region of a molecule or atom.  These dipoles are called temporary or instantaneous because they do not last long.  When temporary dipoles influence the electron behavior of a nearby atom or molecule, induced dipoles result.

Polarizability is the ease of distortion of the electron cloud.  Remember, most molecules that are asymmetric are polar.  This means that they have a clear negative and positive end.

Hydrogen bonding:  When a molecule contains hydrogen covalently bonded to a very electronegative atom (fluorine, oxygen, or nitrogen), these molecules are attracted to each other by a particularly strong force called a hydrogen bond.  These are specific instances of dipole-dipole attraction.  The large electronegativity difference results in the electron pair being pulled away from hydrogen.  It now exerts a strong attractive force on a lone pair of electrons in a nearby molecule.

Hydrogen bonds are the strongest intermolecular force.  As a result, they cause the boiling points of substances to be higher than normal.