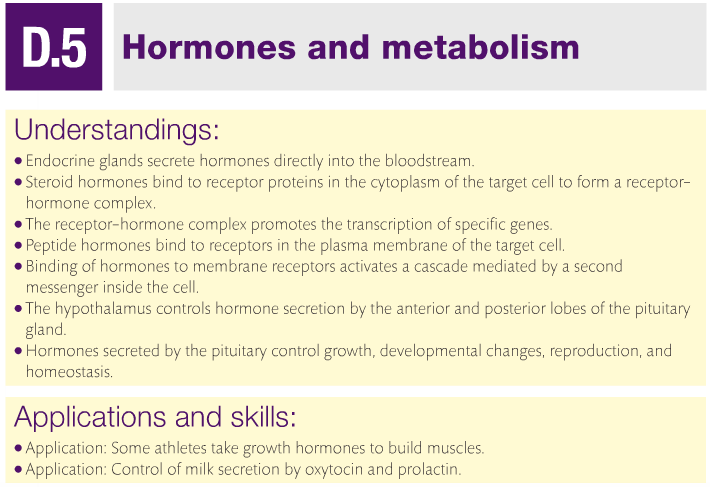 Mission 1: Hormones
Mission Objectives.  You should be able to...
1.  Compare and contrast peptide and steroid hormones.
2.  Identify the 10 major glands and what they secrete.

Endocrine glands are structures that secrete hormones (chemical messages) directly into the blood.  These messages are transported to specific target cells.  Hormones can be steroid, proteins, glycoproteins, polypeptides amines or tyrosine derivatives.

The following is from Bioninja. 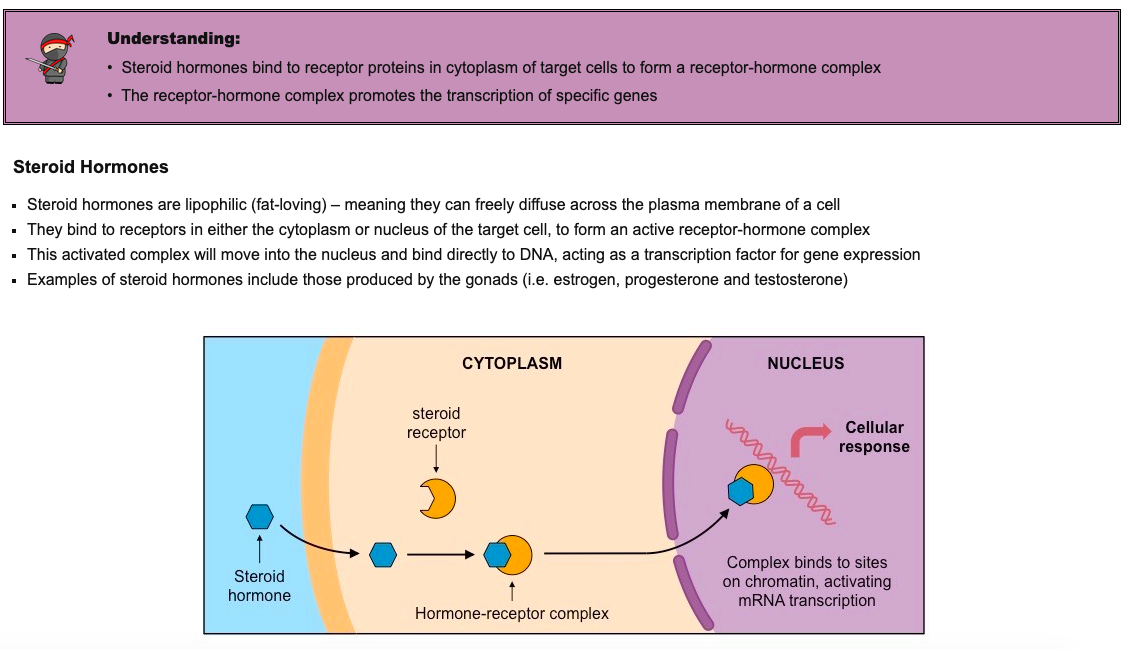 Steroid hormones can cross directly through the plasma membrane and the nuclear membrane and bind to receptors.  Estrogen is a hormone that can do this.  The receptor-hormone complex then serves as a transcription factor, promoting or inhibiting the transcription of a certain gene. 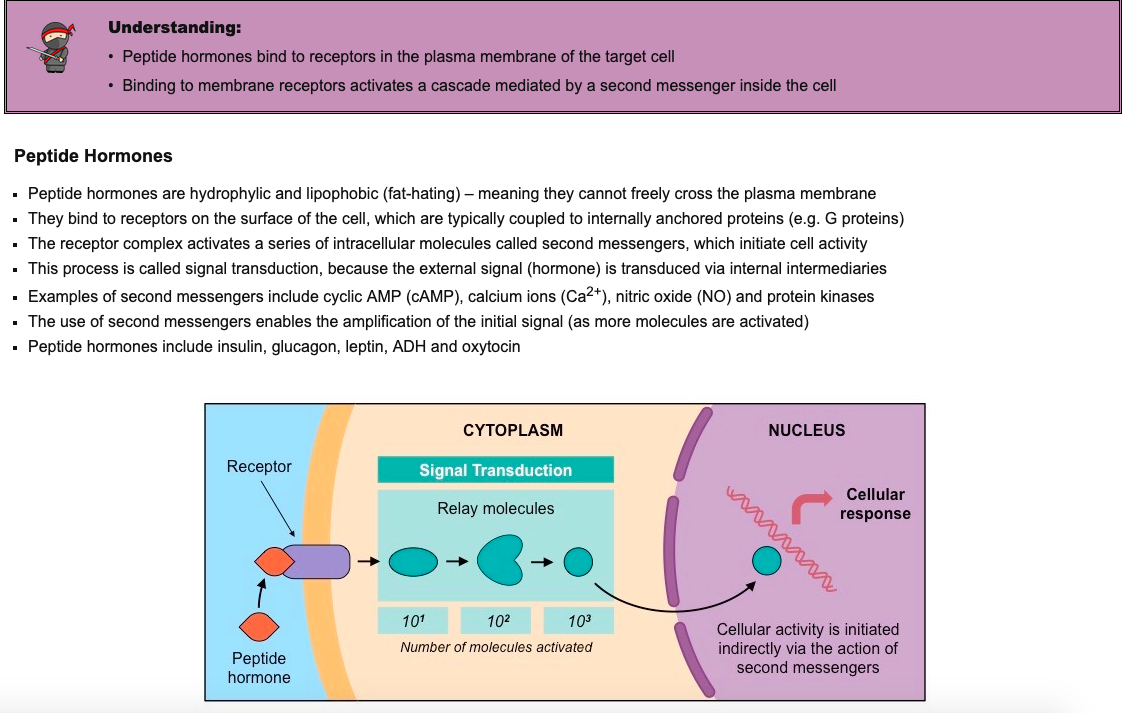 Calciferol, a steroid hormone, crosses the intestinal cell membrane and binds to a receptor within the nucleus of the cell.  The receptor-hormone complex effects expression of the calcium transport protein calbindin in the small intestine which then allows for the absorption of calcium from the intestine.  Cortisol, a steroid hormone, bind to receptors in the cytoplasm and the receptor-hormone complex then passes through the nuclear membrane into the nucleus to effect transcription.  The hormone may have different effects in different cells and it may even have an inhibitory effect.  When cortisol binds to its receptor in the cytoplasm of a liver cell and enters the nucleus, it activates many of the genes needed for gluconeogenesis.  At the same time, cortisol decreases the expression of the insulin receptor gene, preventing glucose from being stored in the cells and also raising blood glucose.  In the pancreas, the cortisol-receptor complex inhibits transcription of insulin genes (Oxford, 2014).

The following is from Bioninja. 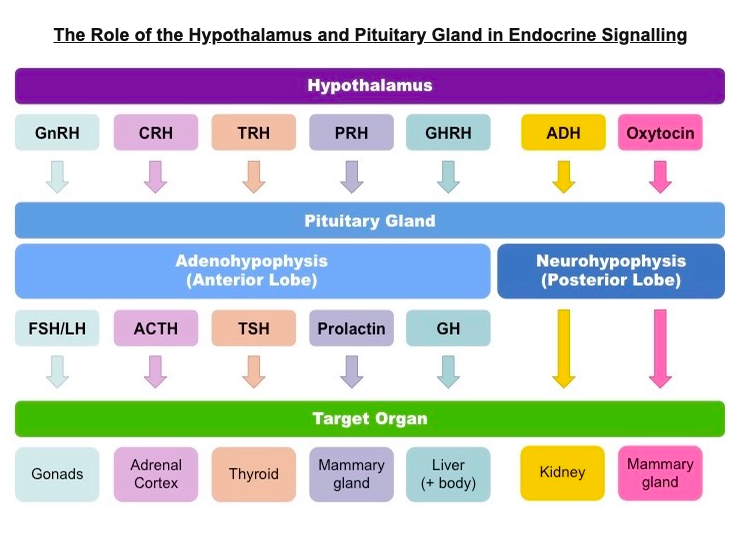