Mission Objectives:
1. Discuss the use of different sources of renewable and non-renewable energy.
2. Determine the energy density and specific energy of a fuel from the enthalpies of combustion, densities and the molar mass of fuel.
3. Discuss how the choice of fuel is influenced by its energy density or specific energy.
4. Determine the efficiency of an energy transfer process from appropriate data.

A useful energy source releases energy at a reasonable rate and produces minimal pollution.  Two examples are collected rain behind a dam and a thermonuclear device. 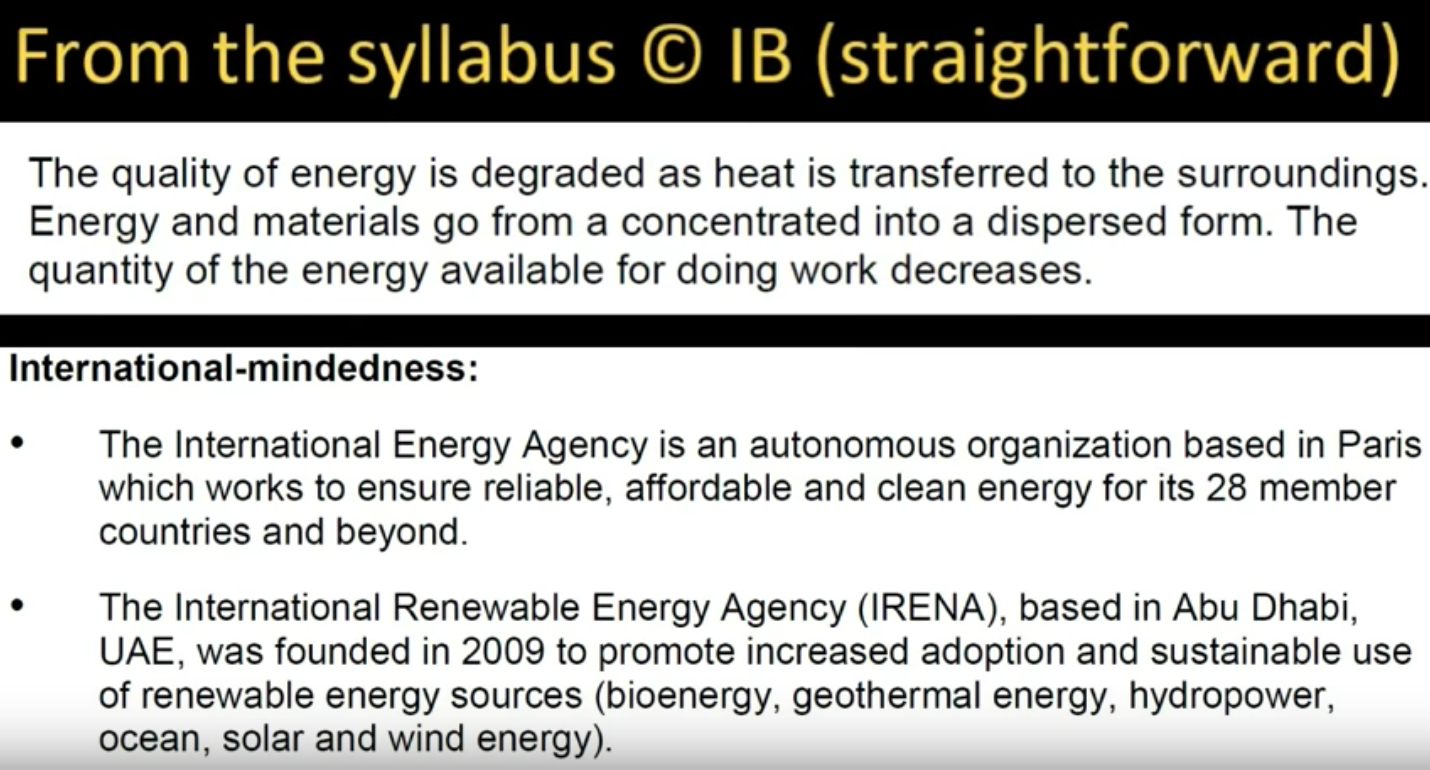 The term "quality of energy" can have different meanings.  Energy companies may consider the cost per unit energy more important than the efficiency of its conversion.  The efficiency of producing electricity from burning coal averages about 30% worldwide.  According to the International Energy Agency, the cost of obtaining electricity from coal is 7% less than from gas and 19% less than from nuclear sources.  (Oxford 2014)

All energy conversions undergo some form of quality degradation as some of the energy is dispersed as heat.  The energy and materials in the original source change from a concentrated to a dispersed form and the energy available to do useful work diminishes.  The more the quality of energy is degraded, the less efficient the fuel is.