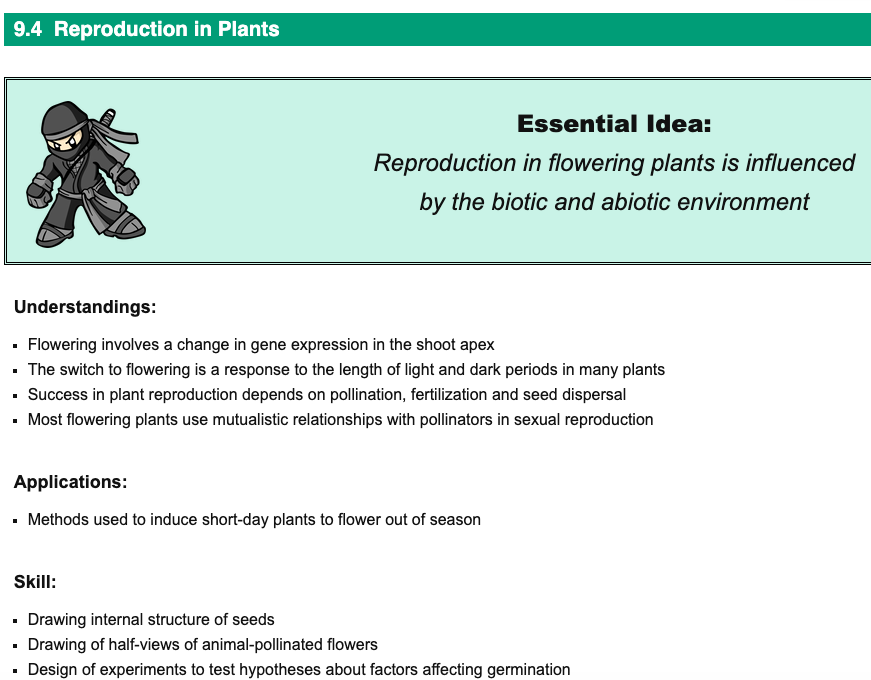 Mission 1: Baby-Making Greens
Mission Objective.  You should be able to...
1.  Draw internal structure of seeds.
2.  Draw half-views of animal-pollinated flowers.
3.  Design an experiment to test hypotheses about factors affecting germination.
4.  Explain the difference between pollination and fertilization.

Flowering plants are called angiosperms.  There are two classes of angiosperms: monocotyledons (monocot) and dicotyledons (dicot).  Monocots have one seed leaf and dicots have two.  Below are comparisons of monocots and dicots from the Pearson text. 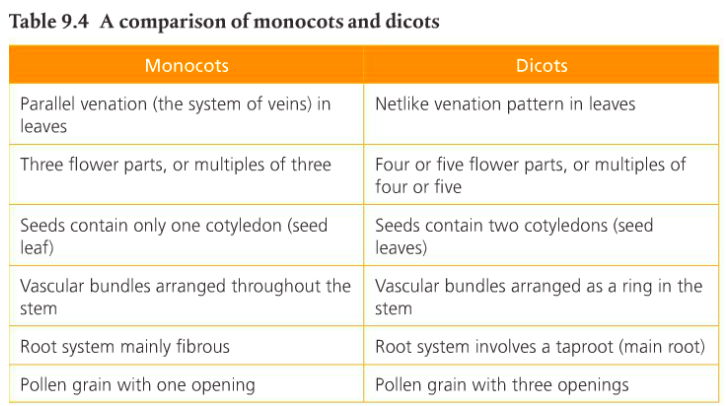 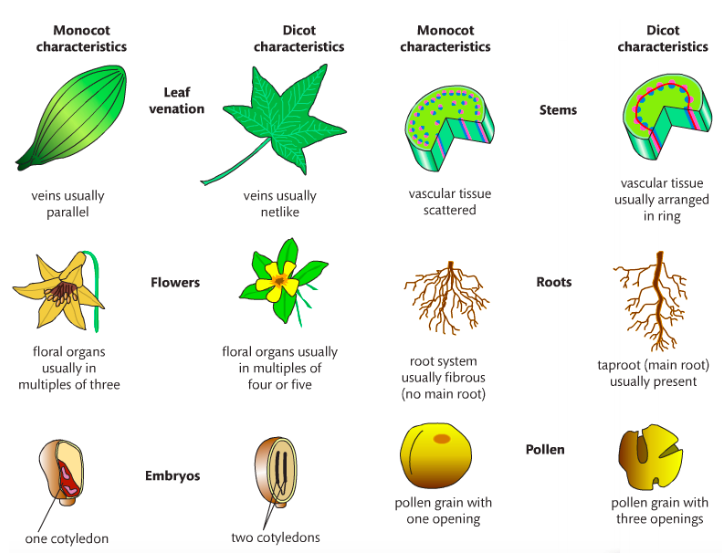 ​Put a sketch of the flower in your notes.

There are four types of flowers: (1) complete, (2) incomplete, (3) staminate, and (4) carpellate.  Define each of these types and provide an example. 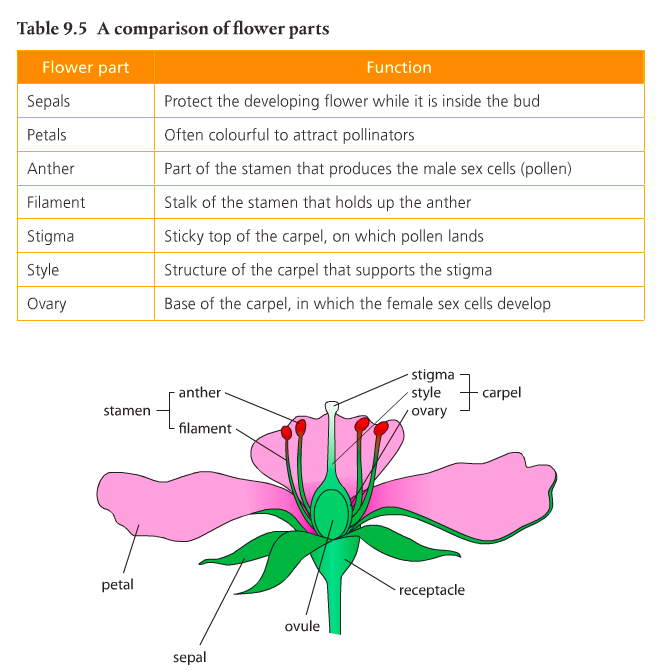 GG produces plant gametes by mitosis.  SG produces spores by meiosis.  If you were looking at a flowering plant such as a cherry tree, what you are seeing is the sporophyte generation.  The tree grew from a zygote and produced new cells via mitosis.  When the tree produces flowers, haploid spores are formed and develop into haploid bodies referred to as gametophytes.  Sperm form within male gametophytes and eggs form within female gametophytes.
​
On your own, describe and explain the differences between pollination and fertilization.
Seeds are the means by which an embryo can be dispersed to distant locations.  It is a protective structure for the embryo.​  Dicot seeds contain the parts described below.  If conditions are favorable, the seed will germinate (above video).  This is the development of a seed into a plant.  Favorable conditions include (1) water, to rehydrate the seed tissue, (2) oxygen, to allow for aerobic respiration, and (3) appropriate temperature, for enzyme action. 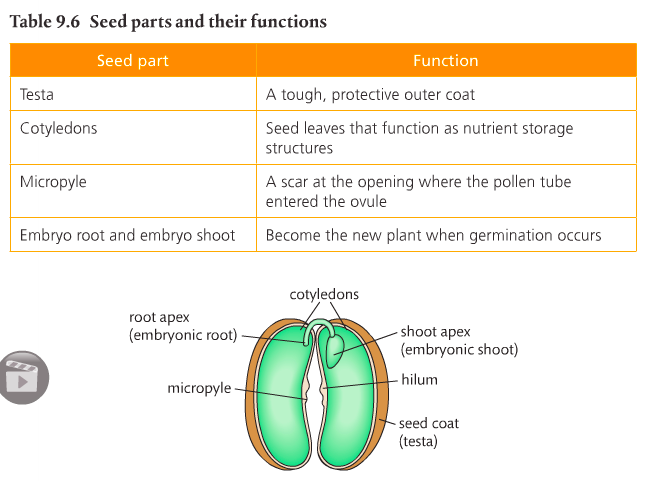