Mission 1: When I Move, You Move...Just Like That!
Mission Objectives.  You should be able to...
1.  Draw and annotate a diagram of the human elbow.
2.  Draw and label a diagram of the structure of a sarcomere.
3.  Analyze electron micrographs to find the state of contraction of muscle fibers.

Bones and exoskeletons provide anchorage for muscles and act as levers.  Levers change the size and direction of forces.  Below is Figure 2 from the Oxford (2014) text. 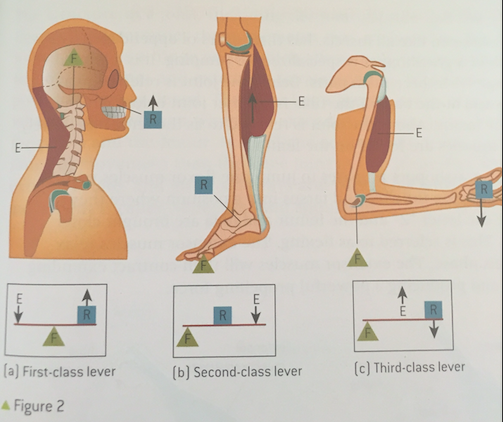 Watch the below video.  Start at 2:43, as he spends about a third of the video talking about indirect information.
Skeletal muscles are antagonistic pairs.  This means that (1) muscles work in pairs, and (2) when one muscle contracts, the other relaxes.  The best example is the biceps and triceps in your arm.  The bicep is the muscle in the front and the tricep is the muscle in the rear.  When you curl your arm, the bicep contracts and the tricep relaxes.  When your arm is hanging free, the bicep relaxes and the tricep contracts. 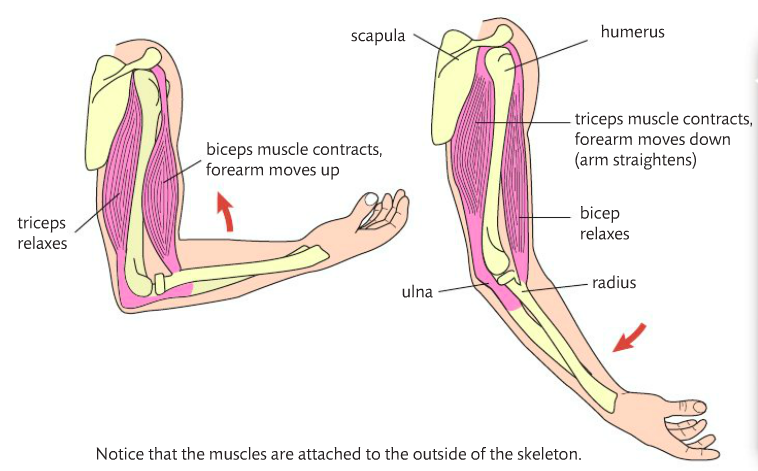 The human elbow is an example of a synovial joint.  Synovial fluid lubricates the joint and prevents friction.  Different joints allow for different ranges of movement.  The knee is an example of a hinge joint, which allows for only two movements: (1) flexion, and (2) extension.  The knee has a much greater range of movement when it is flexed.  The hip joint is an example of a ball and socket joint.  It has a greater range of movement than the knee in that it can flex, extend, rotate and move sideways and back.  These movements are called abduction and adduction.  Figures 8 & 9 in your text shows examples of hip and knee movements. 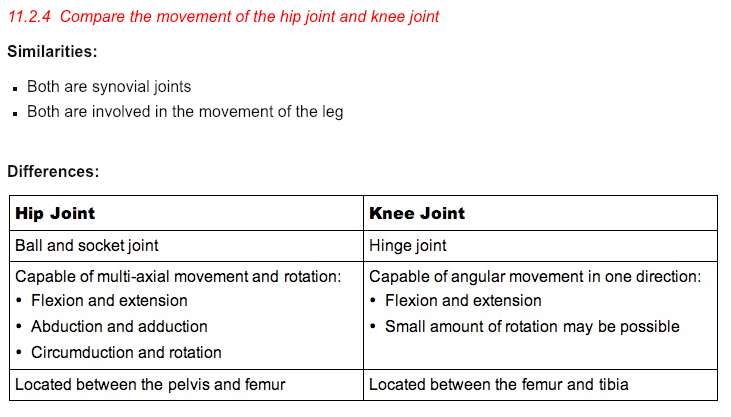 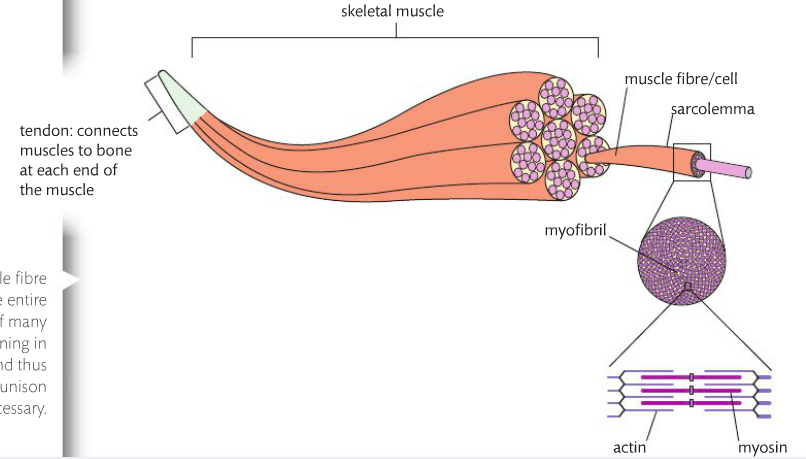 Within each muscle fiber, there are long, parallel structures called myofibrils that have alternating dark and light bands.  Myofibrils have alternating light and dark bands, which give striated muscles its stripes.  In the center of each light band is a disc-shaped structure, referred to as the Z-line.  The part of a myofibril between one Z-line and the next is called a sarcomere. Between the myofibrils are large numbers of mitochondria, which provides the ATP needed for contractions (Oxford 2014). 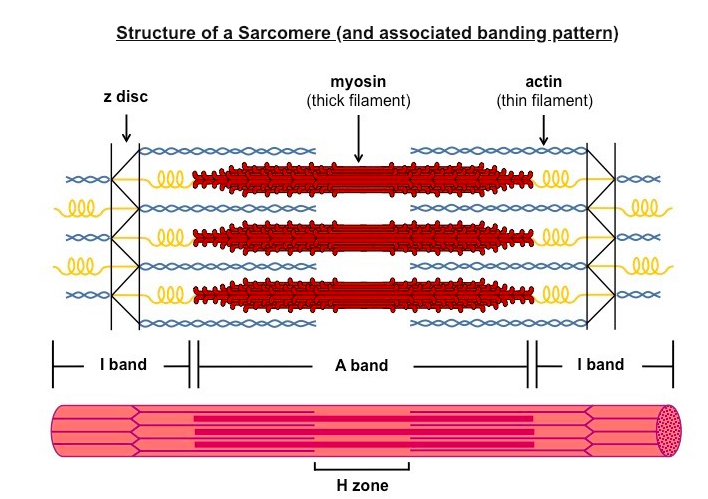 The pattern of light and dark bands in sarcomeres is due to a precise and regular arrangement of two types of protein filaments: actin and myosin.  Actin filaments are thin and are attached to the Z-line at one end.  Myosin filaments are thick and occupy the middle of the sarcomere. Each myosin is surrounded by six actins and forms cross-bridges with them during contraction.  (Oxford 2014) 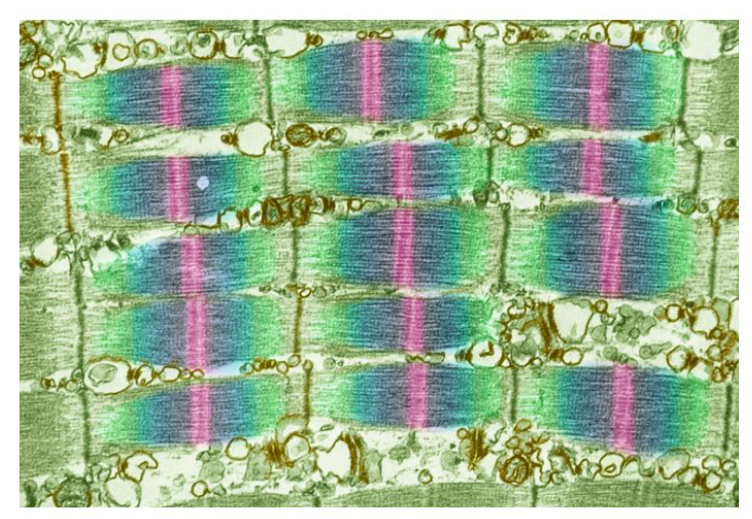 The below images come from the Pearson (2014) textbook. 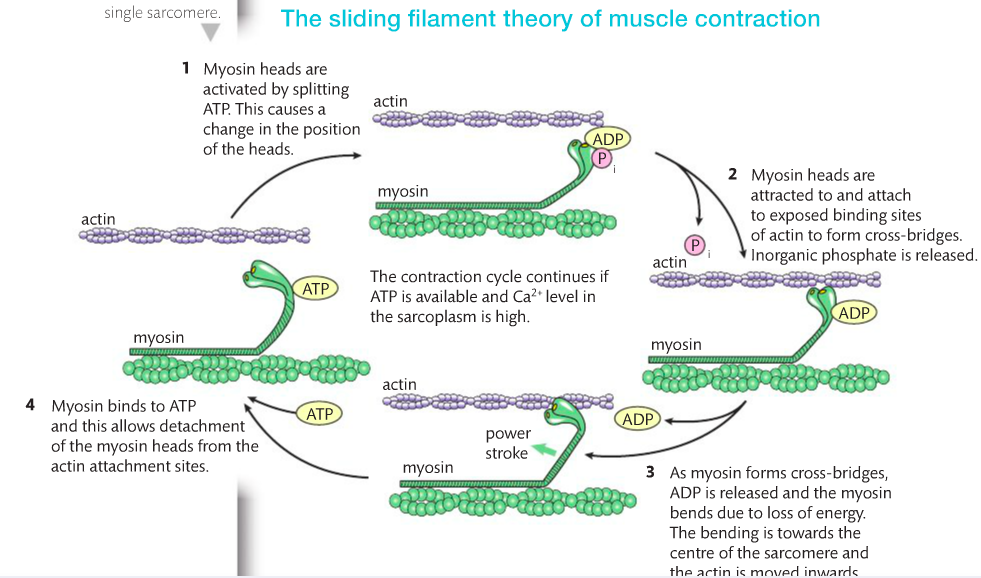 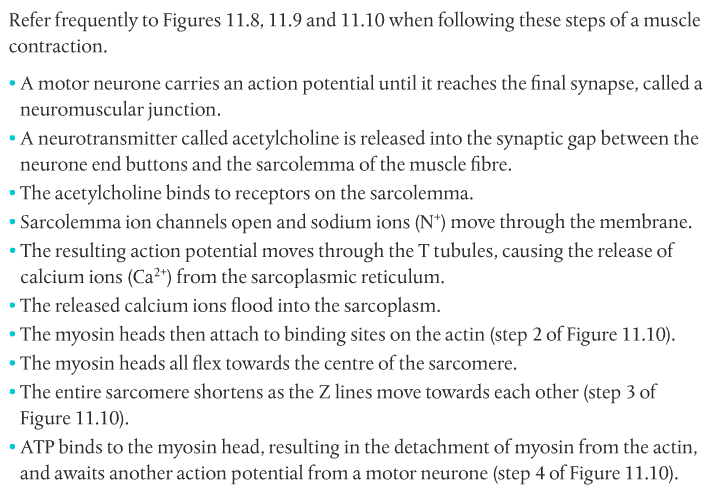 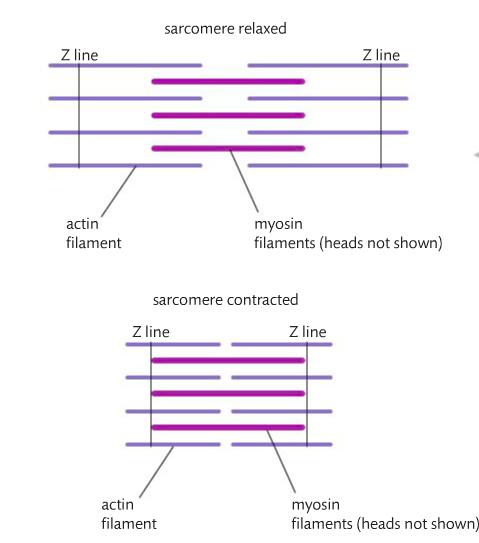 Image from the Pearson text. 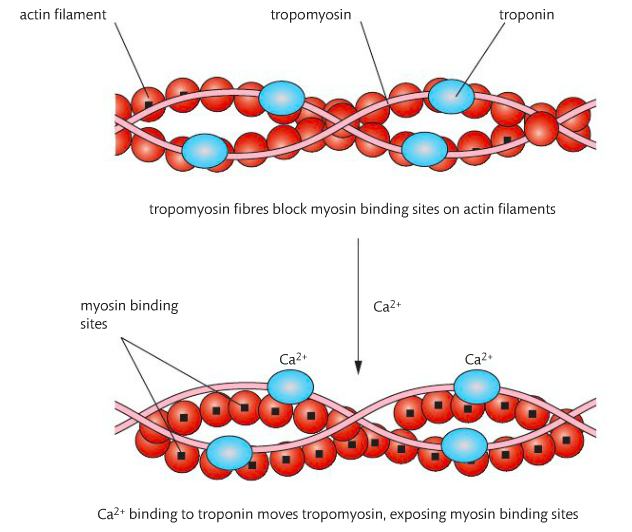