Mission 1: Advanced Meiosis
Mission Objectives.  You should be able to:
1. Identify when chromosomes replicate.
2. Explain what "crossing over" is and why it is so important.
3. Define and explain the terms "chiasmata" and "bivalent" and how they are related.
4. Explain what happens in each stage of meiosis I and meiosis II in terms of what happens to the homologous chromosomes.
5. Define "independent assortment" and how it relates to homologous pairs.
6. Draw diagrams to show how chiasmata are formed by crossing over.
7. Identify when sister chromatids separate. 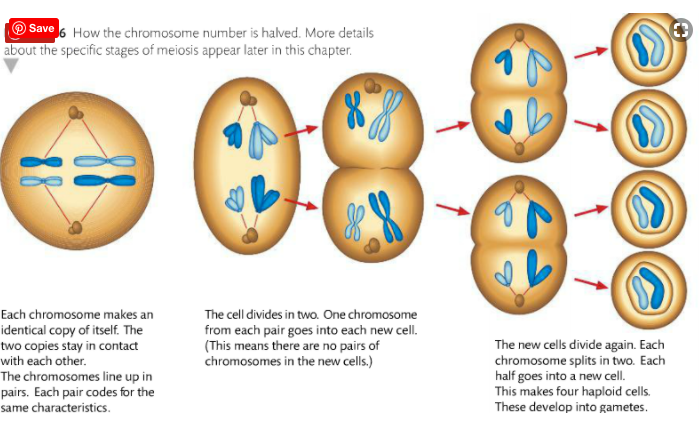 You are already familiar with meiosis.  Chapter 10 takes you deeper into the topic.  Instead of examining single genes with two alleles, we will look at multiple genes that control a single trait.  The guiding question is “Could there be a range of traits from one extreme to the other?”

Second image courtesy of BioNinja.
The place where non-sister chromatids cross over is called a chiasma (plural: chiasmata).  Many chiasmata can form along all four chromatids.  During any single crossing over event, hundreds of thousands of genes can be traded this way.  A single bivalent can have several chiasmata producing crossing over in more than one chromatid. This yields extensive genetic variation. Crossing over produces new combinations of alleles on the chromosomes of the haploid cells. This is why siblings (unless they are identical twins) never get the same combination of their parents’ alleles (Pearson, 2014).

Pages 442-443 in your text contain detailed diagrams of the formation of chiasmata. 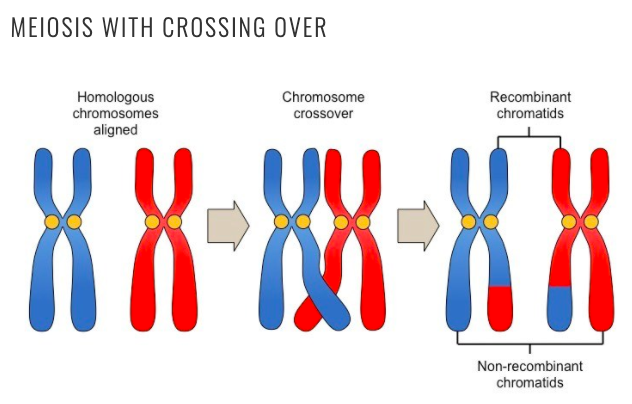 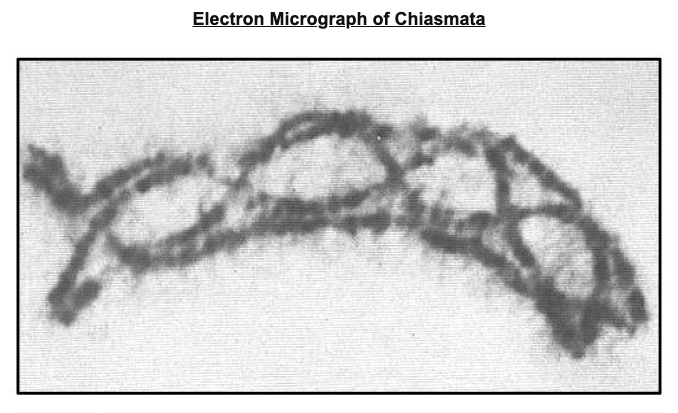 The bivalent is pulled apart in anaphase I, which means one half of the homologous pair is pulled to one end of the cell.  In anaphase II, the sister chromatids of each chromosome are separated and pulled to the ends of the cell.  During telophase II, a new nuclear membrane forms around the genetic material.
Independent Assortment.  Recall that Mendel’s law of Independent Assortment states that when gametes are formed, the separation of a pair of alleles between daughter cells is independent of the separation of another pair of alleles.  One allele does not follow another when it is passed on to a gamete.  Each allele in a pair can mix with either allele in another pair.

Why do traits get passed on independently from each other?  The orientation of bivalents during metaphase I is a random process.  For humans, the total (theoretical) number of possible combinations during random orientation is 2^23 because there are 23 chromosomes in each gamete.  The theoretical probability of a woman producing the exact same egg twice is 1 in 8,388,608.  It is likely the same or similar probability of a male producing the exact same sperm.  The possible combinations are infinite (Oxford, 2014; Pearson, 2014).
Proudly powered by Weebly